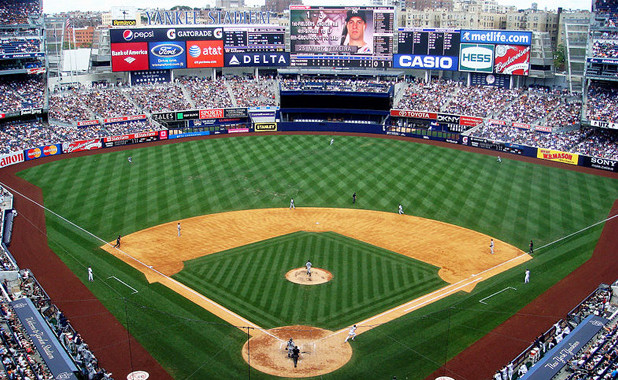 New York City is most definitely a city that loves its sports and cheers for the home team. New York is probably the best represented city and state in this country when it comes to major league teams. I’ve never quite seen anything like it but I honestly can’t imagine a night when there isn’t some sort of major sporting event taking place somewhere in this great city.

The National Hockey League that almost wasn’t is back and going strong. New York is represented well by the Ranger’s who have made a wonderful deal this year to woo Shanahan away from the Red Wings. They play their home games at Madison Square Garden and have some of the most loyal fans. Even if you’re say from Detroit and visiting, and if the Rangers are playing at home then it’s the perfect opportunity (assuming you can get a ticket) to drop in and see how Shanahan is adjusting to life in the Big Apple and if he misses life back at the Joe.

Putting hockey aside for now, there are many other professional sports you can enjoy watching while you’re visiting New York City. I think there are a few baseball fans in this city somewhere. I say a few because it seems that they had to create two baseball teams in order to contain all the fans. I will say though that these fans are loyal to a fault to the teams they support. The New York Mets and the New York Yankees represent this great city in Major League Baseball and both teams draw loyal support from all their fans.

The amazing thing to me is that the double-teaming didn’t end with baseball. It seems that New York City also has two National Football League teams as well. The New York Giants and the New York Jets both represent this fair city to football fans across the country. While I have no favorite or even preference for all these teams and really have no idea how a city can survive with this sort of heated division. Obviously they aren’t as rabid as some hockey fans can tend to be or there would be civil war within the streets.

All joking aside, it seems that so far there is only one NBA team and they are the New York Knicks. I won’t go into how unfair it is to so improperly represent hockey and basketball because these guys might actually be getting the better end of the bargain-the entire city roots for them, not just half. With so many major sporting opportunities it’s amazing that men in this city get anything at all accomplished without carrying a portable pocket television with them at all times.

I don’t know about your house, but in my house it’s difficult enough to schedule important events in our family lives around one local team for each sport (and we don’t even have a baseball team). I can’t imagine how women in New York do it. But to all of you women and the men you love, I have to say kudos for supporting your great teams and giving your many visitors such wonderful opportunities to watch our sports when we’re away from home too. It’s hard to identify one thing about this city that is the greatest but that just may be it.