You are here: Home > The New York Stock Exchange 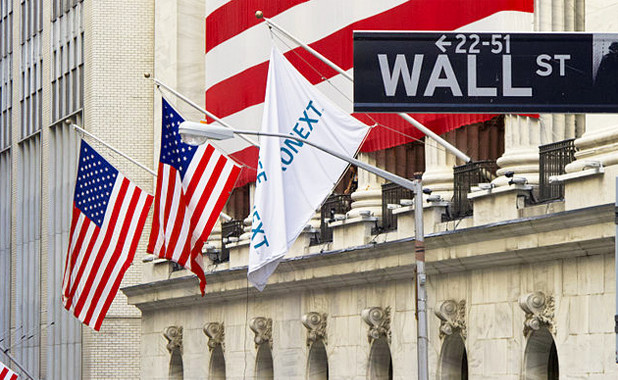 The New York Stock Exchange is operated by the NYSE Group. The NYSE Group also operates a second stock exchange, the NYSE Arca, formerly known as the Archipelago Exchange. The NYSE acquired Archipelago just recently in December 2005 and went public and began trading under the NYSE Group in March 2006. The symbol is NYX.

There are more than 2600 companies with a market value of about $21 trillion listed on the NYSE. Non-US companies play a major role with a value of over $7 trillion. The listing requirements are high to maintain listing quality. Companies must maintain minimum standards in number of shareholders, trading volume, market capitalization, earnings, cash flow and other criteria.

The New York Stock Exchange trades in the so-called open outcry system. Each stock is traded by a so called specialist on a specific location on the trading floor. A specialist is an employee of a NYSE member firm who works as an auctioneer to meet buyers and sellers in a particular stock. This is what makes the NYSE different to the other exchanges like the NASDAQ where the orders are matched fully electronically.

The Dow Jones Industrial Average (symbol DJI) is the oldest, most important and best known index of the New York Stock Exchange. It was created by Charles Dow, founder of the Dow Jones & Company. It was first calculated in October 1, 1928. The index is also known as the “Dow Jones” or simply the “Dow”. The index calculates the average value of thirty of the most important stocks like Microsoft, Pfizer, AT&T, IBM. Since the Down Jones is a price-weighted index of only 30 stocks, many recommend watching the S&P 500 index instead as a better indicator.

There have been several big Dow Jones index declines which became famous. In October 12, 1914 the Dow Jones had its biggest percentage drop in history with 24.39% in one single day. In October 19, 1987 the drop was 22.6% (Black Monday). The largest point drop was September 17, 2001 with 684.81 points or 7.1%. Today trading is halted at the New York Stock Exchange when the market declines 10, 20 or 30% to give investors time to rethink their decisions (circuit breaker rule).