Places Outside of New York City

You are here: Home > Places Outside of New York City 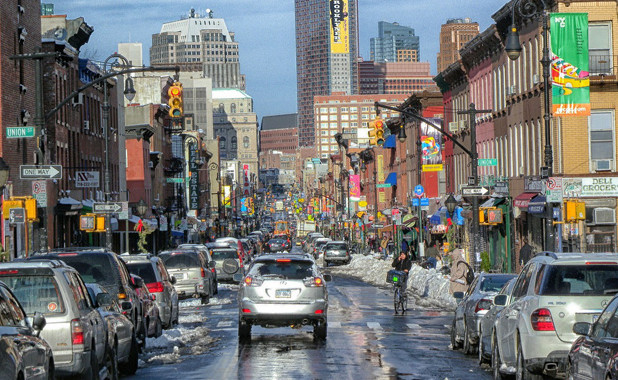 When you think New York, you imagine a city, full of taxis and blaring horns, right? Besides all of the skyscrapers, clubs and people in a giant city, New York has a whole other part to the state. New York is full of small towns, farmland and beautiful scenery that are often overlooked.

New York is home to many unique attractions, without having to load the kids up on the subway to tour. Here are some fun stops outside of the big city:

North Pole – No, you read that right. There is a North Pole in New York. It may seem like the North Pole since it is so close to the Canadian border, but it is in the New York boundaries. What is the North Pole without Santa’s Workshop? An amusement park by that name was built and opened in 1949 for kids to enjoy all year long. There are shows, gift shops, an arcade and costumed characters and a parade for all to see.

Albany – A giant statue of a white dog sits atop the RCA Building. He was placed there in 1954 and is named Nipper. Nipper has appeared as a real dog in versions of commercials for RCA on television. RCA has offices in Albany.

Oneida – Need a quick prayer to help get you through a family road trip? Stop in to Oneida, where the World’s smallest church is located. The church is actually a chapel, and sits on a small platform in a pond. It was built in 1989 and seats two people and a minister.

Jamestown – Lucille Balls hometown. There is a museum full of memories from her and Desi Arnaz’s life together. Her wedding dress, a hairbrush, TV set items and other personal effects are on display for the public. There is also a gift shop to take home little bits of Lucy history as souvenirs.

LeRoy – What’s that wiggling on your spoon? J-E-L-L-O? A museum dedicated to the history of Jell-O sits in LeRoy New York. It is full of all the promotions used by Jell-O in the past, as well as TV’s that constantly air commercials. Jell-O happened to be manufactured in the town of LeRoy for sixty four years.

Lake George – Does Uncle Sam have an overwhelming presence in your life? In Lake George, a 36 foot tall statue of Uncle Sam will make that feat a reality. The statue was built in honor of Samuel Wilson, who became known as Uncle Sam. He spent his adult life in Troy New York, and is buried there.

Cherry Valley – What is a vacation without buying a bunch of rubber tomahawks for the kids? Rubber tomahawks, in case you need a definition, is a term for cheesy, easily-falls-apart, memorabilia that the kids must have before going home. The TePee in Cherry Hill is full of such trinkets for every age. The fifty foot metal teepee replica signals to those highway bound – pull over! We have what you need to remember this vacation!